And it’s only getting popular.

What do you need to know about IP camera before you get one install for your office or home?

Well, that’s exactly what you’re going to find out over here. 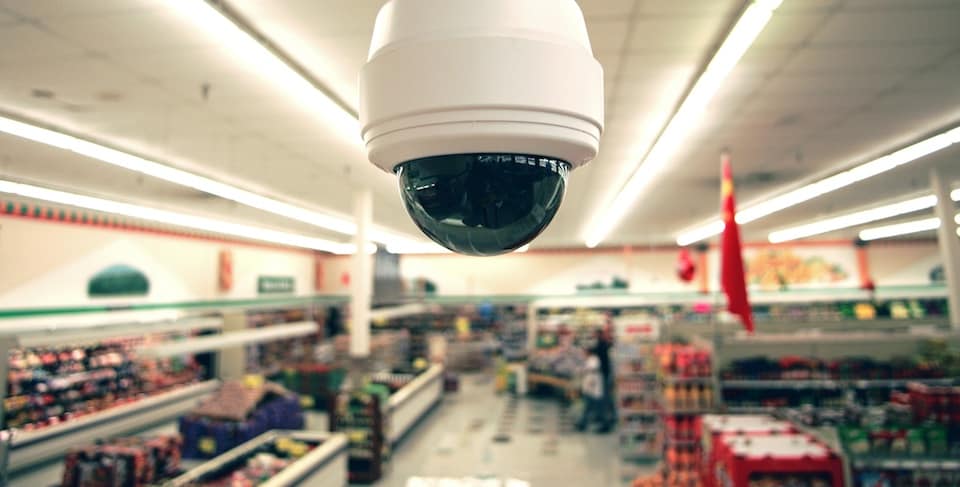 What is a IP Camera ?

An internet protocol camera, or better known as IP camera is a digital video camera which transmits the data over the internet in the form of the digital signal rather than an analog signal.

The main difference between a standard analog camera and an IP camera is that while the former requires local storage system present in it near the recording device, the latter does not. As an IP camera stays connected to a network 24×7, it can directly send the recorded data to some remote storage device rather than storing it locally.

An IP camera might be wired or wireless. While some cameras can connect to the network only with the help of some wire, many don’t need it and can do the task via the Wi-Fi. Although they don’t necessarily need a local storage device as stated, one thing that’s always present is a central controller system known as an NVR (network video recorder), either in the form of a hardware or software.

You can group the different types of IP cameras according to the feature that we are concerned. For example, there are indoor cameras and outdoor cameras depending on the location where it can be fit. Also, as discussed earlier, they can be wired or wireless. You can classify these IP cameras mainly as either a dome camera or a bullet camera depending on their looks and speciality. Many other types of IP cameras are out there which specialises in doing a particular job.

An indoor IP camera is best suited for recording the indoor events. You can use an IP camera to record the minute by minute activities of a shop or an office. These models come with features like day/night recording and PTZ in most of the cases and vandal resistance in some. Some of the models in this section include DS-2CE56C0T-IRPF, DS-2CE56D0T-IRF, DS-2CE16C2T-VFIR3 (with zoom), DS-2CE56D0T-VFIR3E (with zoom), all being from the world famous Hikvision.

These IP cameras are meant and built solely to take the beating of the outdoor conditions.

Do you need some eyes watching over the parking lot of your shop? Maybe you need a pair of cameras in that back alley as well. You most probably need an outdoor camera as it will easily cope with the dust and rain. And for that job, you would need models like DS-2CE16C0T-IRF and DS-2CE16D0T-IRF from our age-old friend Hikvision. 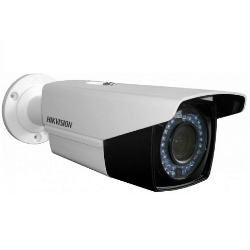 These cameras can be recognised thanks easily to their distinct cylindrical shape. You use bullet cameras mainly for shooting in long distance and came with a fixed or varifocal lens. These are used both in the indoor and outdoor environments. 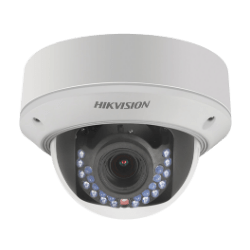 These are one of the most popular types of camera. The actual camera, as the name suggests, sits inside an opaque dome-shaped casing. It creates an air of uncertainty by not revealing the direction to which the camera is facing. These cameras are known for ease of installation yet rough and sturdy design.

There are several reasons for you to consider an IP camera over an analog one.

The cost of buying and installing an IP camera system has gone down significantly in recent years. Although they can still cost you nearly like an analog camera, or a bit more, they can help save you money in the long run.

As Ethernet cables can carry both power and data simultaneously, an IP camera doesn’t need separate cabling for transmission of data and power. Thanks to PoE (power over Ethernet), you can make a considerable amount of savings as you don’t need to have two kinds of cable.

As you can guess, the resolution of the camera plays a big role in sealing the deal. And IP cameras are much better resolution-wise compared to their analog counterparts. So, if better image and recording quality is your ultimate goal you shouldn’t look any further than an IP camera.

Say, you have many other electronic devices in your business compound such as computer systems, routers and servers. It also means that you would need separate memory systems for each of them. Instead, you can opt for a NAS (Network Attached Storage) which lets you have a single central memory system for all your devices.

IP cameras are not merely some dumb recording device packed inside a plastic casing. Today’s IP cameras are immensely powerful, and proficient at finding patterns or detecting specific events (for example, detecting motion, counting and recognising people or sensing when something disappears).

You need to consider several factors before making the selection.

The first thing that you have to make sure is that you have the DVR for connecting the cameras. It works as the central hub for your surveillance system.

Z
In some cameras, you can also store the recording in an SD card which is a nice feature to get a hold. But as SD cards tend to be much shorter on memory capacity than a disk drive, there can be the chance of overwriting.
Z

Whether you need a night vision for your indoor area, it’s optional. On the other hand, it becomes a must for the outdoors where enough lighting is not always possible. So you should keep note of night vision and minimum illumination level before making a choice.

How to Choose The Right IP Camera?

Finding the perfect solution to your surveillance needs is not easy. As you might see by now, there are tons of different choices for you. And despite the popularity of the wireless systems wired system still holds the top position.
g

The main advantage of a wired system over any wireless network is stability. As all of the data being transmitted and received is through wires, there is no chance of interference from other signals and devices. But in the case of a wireless system, the communication between the recording device and the switch happens over the Wi-Fi, and the signal quality depends heavily on the environment (presence of obstacles) and weather conditions.
1

Support for a Larger System

If your business needs a large number of cameras due to the span (most probably more than 15), you better go for a wired network. Wireless systems with the number of channels more than 10 or 12 can be reasonably costly.


Cost is another crucial factor going in favour of the wired cameras. Wireless cameras tend to be much costlier than the wired systems, even more so if you need many such devices for covering a large area. 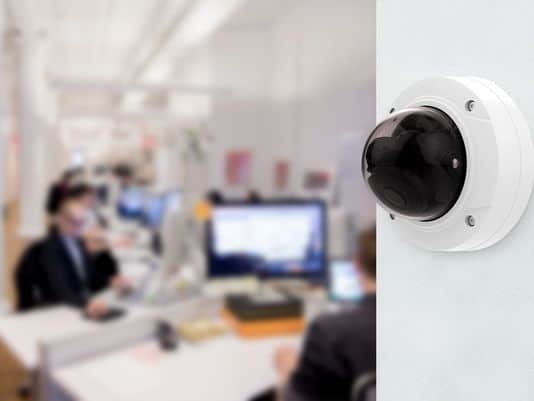 We have four main procedures when it comes to installing the IP cameras:

Z
First, we decide the best possible positions for fitting both the cameras and the DVR (or NVR).
Z
In this step, we do the actual work of mounting the cameras.
Z
Now, we take care of the pile of cables. We make sure we tie the cables neatly and label them.
Z
In the final stage, we make sure everything is working as it should be.

Give us a call if you need your office correctly secured with CCTV camera, door access or PABX phone, our experts will be with you right away.

Reach Us
You can reach out to us via whatsapp us too. 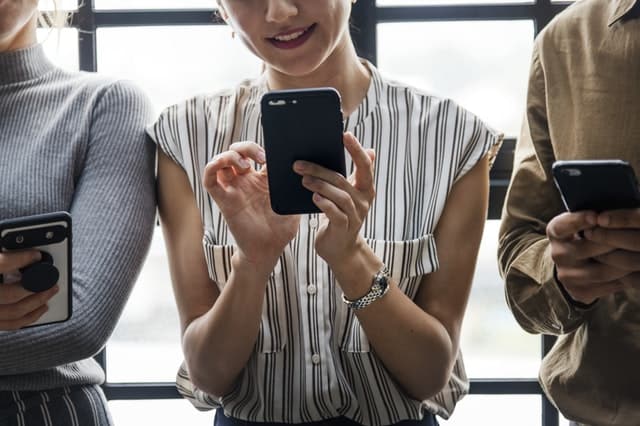